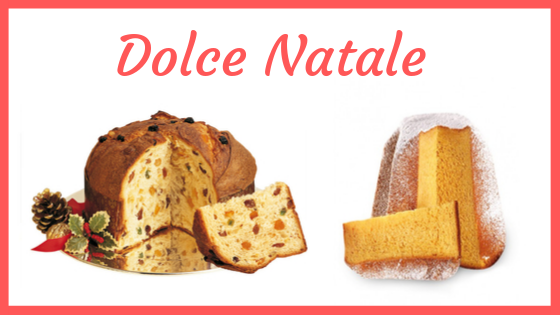 If throughout the world Christmas means sweets, in Italy the Christmas period leads us to think of panettone and pandoro. Both are important Christmas symbols in Italy, such as the Christmas tree or Saint Lucia. And like any self-respecting symbol, many legends are told for both the panettone and the pandoro. Below a brief history of these two fantastic italian desserts and some gourmet recipes to amaze your guests during the holidays!

Panettone and pandoro, what else?

Panettone and pandoro have always been the most loved desserts and not just for Christmas.

In fact, from a research by Il Sole 24 Ore, it would appear that these typical Christmas sweets are particularly loved and consumed even in April and summer!

Recognized and loved by customers all over the world, these sweets are the true essence of Christmas.

In this regard, why not enter the Christmas spirit? We suggest a scenario of this type: an armchair, a fireplace, good music, a glass of tea or sparkling wine and … a slice of panettone or pandoro – typical Italian cakes of this wonderful time of the year.

Both are important Christmas symbols in Italy, such as the Christmas tree or Saint Lucia. And like any great symbol, many legends are told for the panettone and the pandoro…

Panettone: history and characteristics of this italian cake 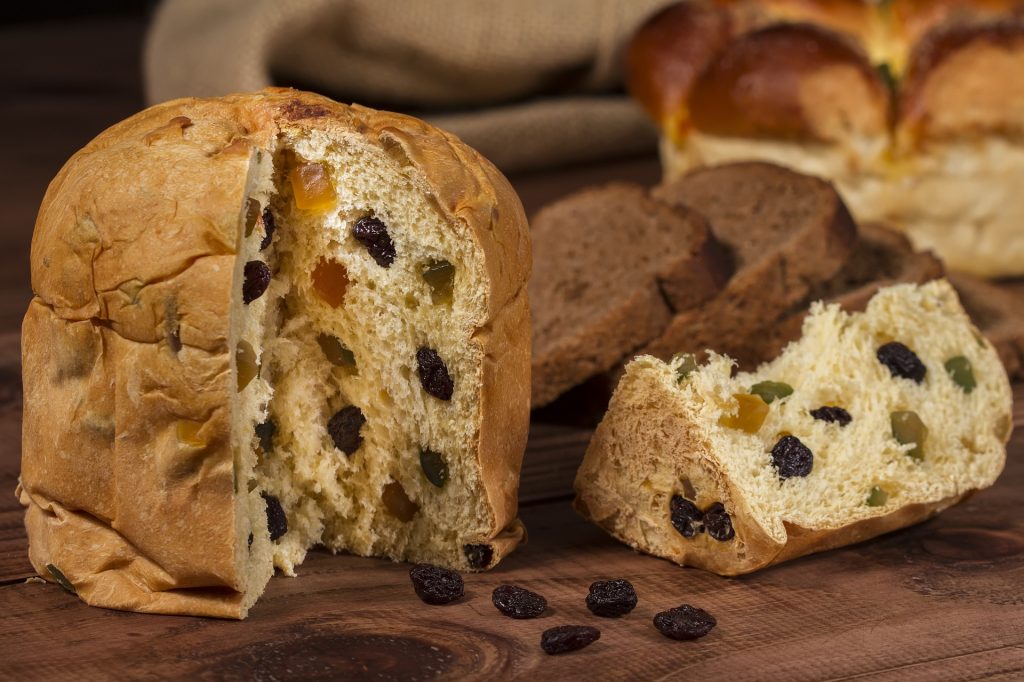 People everywhere eat panettone while celebrating their Christmas holidays, perhaps without knowing that the word Panettone comes from the Milanese dialect ‘Pan del ton’, which means ‘luxurybread’. Yes, the Panettone is a local speciality.

So why a luxury food? Because at the time it was invented, a sweet bread filled with raisins, candied orange and citrus peel was a very expensive one. Let’s go back to its origins!

One tells the story of a banquet held at the court of Ludovico il Moro on Christmas Eve. The dessert that the chefs had planned to serve at the end of the meal was accidentally burnt. In despair, the head chef took the advice of his young assistant Toni, who suggested that he serve the cake just the same, justifying the burnt crust as an integral part of the dessert. Hence, the birth of ‘pan del Toni’ (Toni’s bread) a forerunner of today’s panettone.

Another legend tells the story of Ughetto degli Atellani, a Milanese nobleman who was in love with Adalgisa, the daughter of a baker. Ughetto disguised himself as a baker’s boy and prepared a sweet bread filled with raisins, candied orange and citrus peel. The cake was so good that it won Adalgisa’s heart.

Between fact and fiction, we do know that a decree issued in 1395 permitted all bakeries in Milan to make the so-called ‘Pan del ton’ at Christmas: a wheat bread that was only accessible to poorer members of the community during the season’s festive Christmas meal.

In the 19th century, it was further enhanced with the addition of nourishing ingredients like eggs and sugar. Raisins, on the other hand, were always a staple ingredient because, according to common belief, they symbolize prosperity for the coming year. However, panettone, as we know it today, was only manufactured in 1919 by Angelo Motta, when he opened his first bakery in Milan. Until that time, its shape was flatter and its dough more compact. Motta, the founder of one of Italy’s most famous confectionery brands, revolutionized traditional panettone by adding yeast and more raisins, and won instant success. The company is still active on the market, even if their Panettone is no longer an artisan-made product. 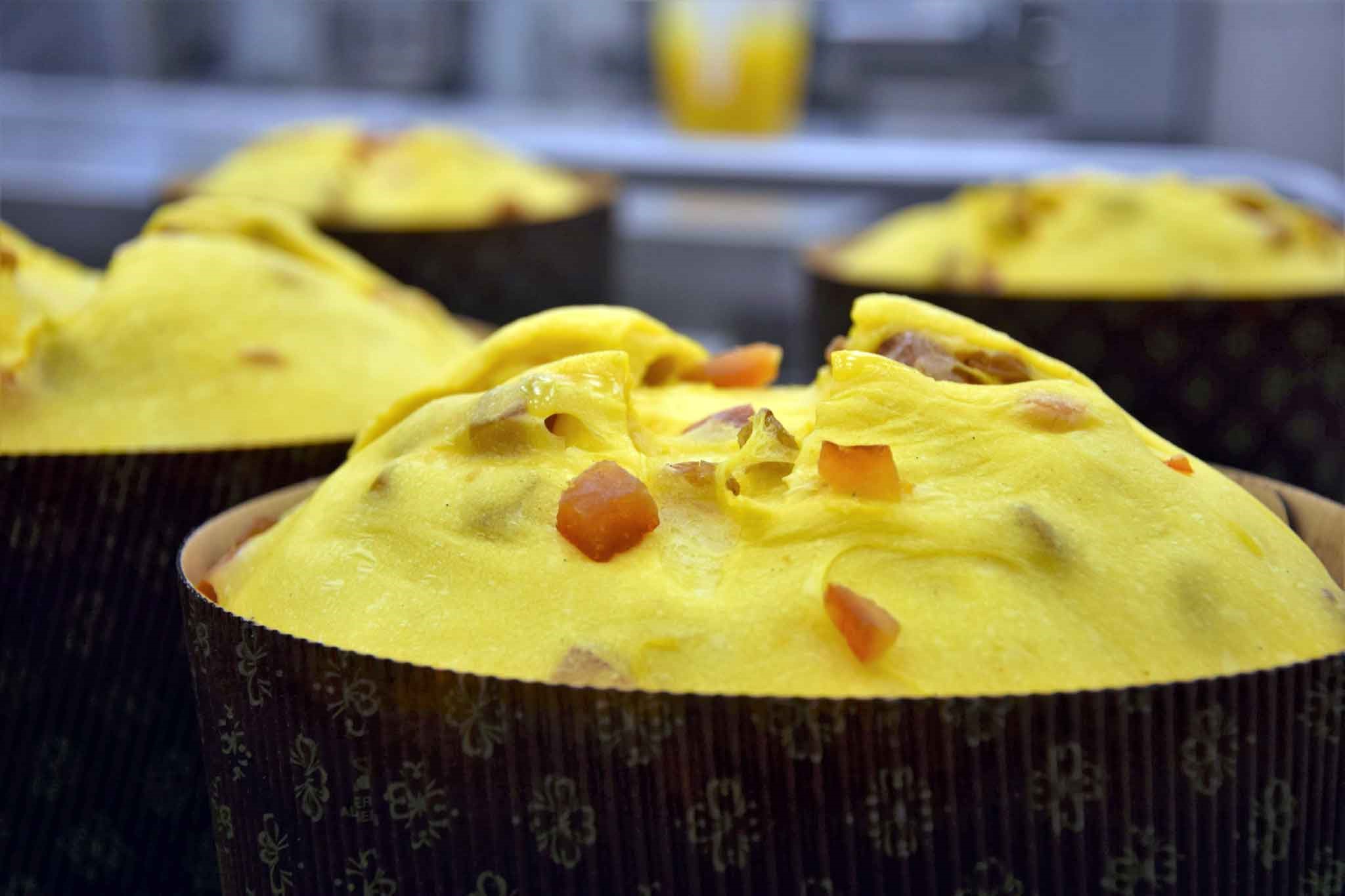 Today there are very specific rules for a confectionery product to be called “Panettone”. A ministerial decree dated 22 July 2005 establishes the ingredients and characteristics of some traditional Italian desserts including the panettone. The classic Milanese must be soft and obtained by natural fermentation from sour dough. It must be made with wheat flour, sugar and eggs, but with a higher percentage of egg yolks than egg whites. Then raisins, candied citrus peel, butter, natural yeast and salt. Don’t mess with the Panettone!

And now let’s move on to the story of the other sweet.

Pandoro: history and characteristics of this italian cake

Pandoro is a deliciously soft cake made from flour, butter and eggs, with a dusting of icing sugar. The cake is baked in an eight-pointed star-shaped pan that gives it its signature form. Today’s pandoro was inspired by ‘nadalin’, a simple dessert that was traditionally made at Christmas throughout houses in Verona. 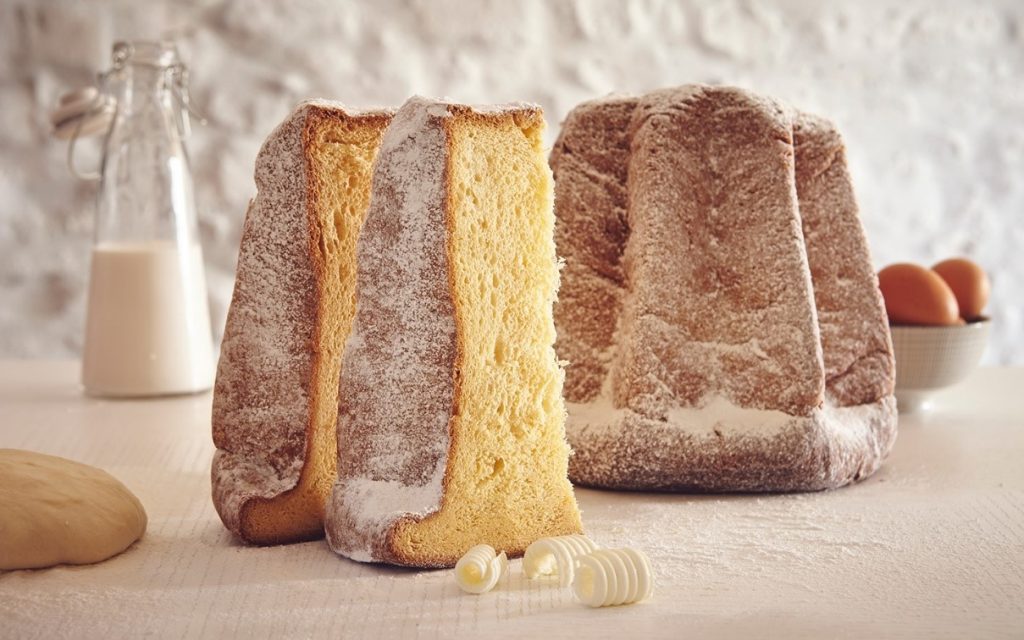 Elevated from a regional sweet treat to a national speciality, today Pandoro vies with panettone for the title of Italy’s best-loved Christmas dessert.

But let’s investigate a little the history of this amazing Christmas cake.

Pandoro appeared in remote times, the product of the ancient art of breadmaking, as the name, pan d’oro (literally: “golden bread”), suggests. Throughout the Middle Ages, white bread was consumed solely by the rich, while the common people could only afford black bread and, often, not even that. Sweet breads were reserved for nobility. Breads enriched with eggs, butter, and sugar or honey were served in the palaces and were known as royal bread or golden bread.

The desserts consumed in the 17th century were described in the book Suor Celeste Galilei, Letters to Her Father, published by La Rosa of Turin, and they included “royal bread” made from flour, sugar, butter and eggs. However, the bread was already known and appreciated in the ancient Rome of Pliny the Elder, in the 1st century. That bread was made with “the finest flour combined with eggs, butter and oil”. Virgil and Livy mentioned the preparation under the name Libum.

The first citation of a dessert clearly identified as pandoro dates to the 18th century. The dessert certainly figured in the cuisine of the Venetian aristocracy. Venice was the principal market for spices as late as the 18th century, as well as for the sugar that by then had replaced honey in European pastries and breads made from leavened dough. And it was at Verona, in Venetian territory, that the formula for making pandoro was developed and perfected, a process that required a century.

The official origins of Pandoro date back to the late 1800s thanks to the creativity of Veronese pastry chef Domenico Melegatti. This October 14, 1894, he deposited to the patent office a soft cake with a characteristic eight-pointed star-shaped body, drawn by the artist Angelo Dall’Oca Bianca, impressionist painter. His success would have been lightning. Together with panettone, in fact, it soon became one of the most typical Christmas cakes in Italy. The dough is soft and golden in color due to the presence of eggs, and smells of vanilla. The shape is a truncated cone, with star-shaped reliefs, usually with eight points. Ingredients include: flour, sugar, eggs, butter,
cocoa butter and yeast. 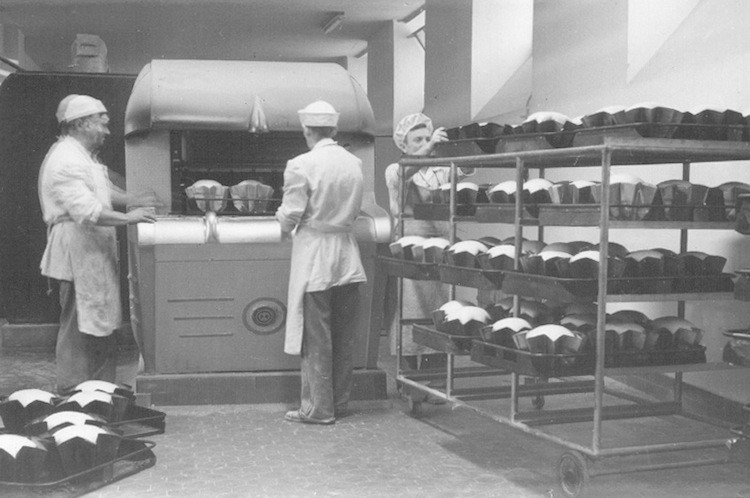 The pandoro recipe is prepared in compliance with a complex technique that consists of many processing steps. Pandoro is usually not garnished internally with creams or candied fruit (such as panettone), although over time the manufacturers have tried to differentiate their offer. Today, in fact, in addition to the traditional recipe, there are several variations: chocolate, custard, lemon cream and so on, but the classic pandoro, the traditional one, is never stuffed. Unavoidable is instead the powdered sugar, to always dust on the cake before serving it to our guests.

The eternal battle that splits Italians in those who love raisins and candied fruit (panettone lovers, a Milanese recipe) and those who dream about piles of butter and icing sugar, is repeated year after year. But there is something that everyone agrees: here are some tips to realize really special recipes out of panettone and pandoro cakes.

This is a posh version of bread and butter pudding, rich with cream and vanilla – great for using up any excess Christmas panettone! 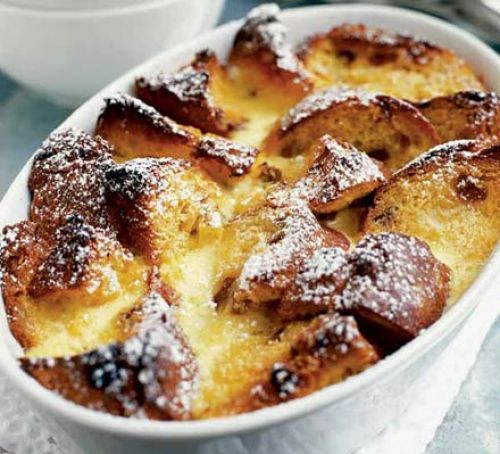 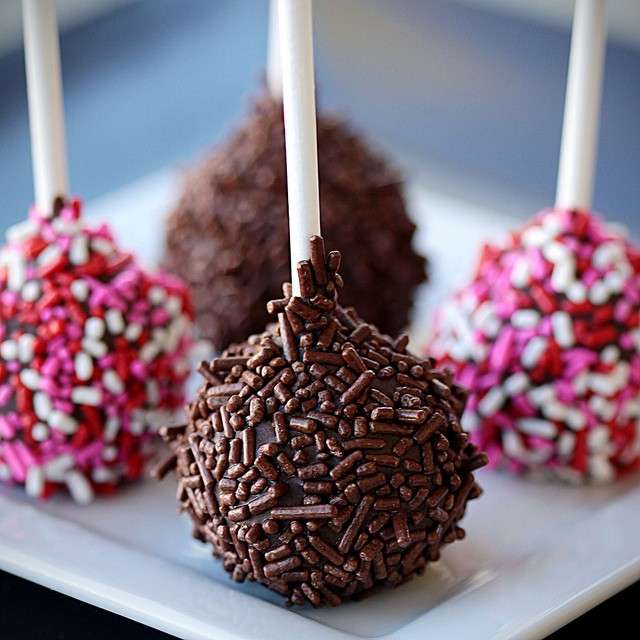 To decorate the pandoro cake pops with mascarpone you can also use hazelnuts, pistachio chips, chocolate chips or whatever you like.

Ma-Vi Trade exports the best Italian food products every day worldwide. A journey of over 20 years, in contact with many international market partners to bring the quality of Made in Italy food everywhere. We are active and operate in all 5 continents and our headquarters are based in the north of Italy.

Contact us to receive more information on the Christmas sweets available! There is still time to order before Christmas Holidays come!